Each time a Member State holds the rotating presidency of the Council of the EU we celebrate its culture at the Joint Research Centre (JRC) in Ispra, Italy. As part of these commemorations, it is a long tradition to set up a symbol of the Semester at the roundabout inside the JRC Ispra campus.

Here’s the fascinating story behind the Portuguese Semester symbol.

The Discoveries and sea voyages are a well-known feat of the Portuguese, who were at the forefront of European maritime exploration and marked an era of geographical openness with the rest of the world. They are the result of scientific knowledge and expertise, of courage, curiosity and ambition.

The Representation idealised for the Semester consists of an armillary sphere and simple stylised boats (the paper boat) that respectively symbolise the scientific instruments that served navigation (orientation, routes, maps…) and the Portuguese caravels designed and built to overcome the seas and storms.  Scientific knowledge and innovation were instrumental (eg: adaptation of the Latin sail to the caravels thus allowing sailing against the wind).

This Representation evokes the achievements of the Portuguese navigators in the age of Discovery. It highlights the role of science and innovation in the success of sea voyages and – just like our motto “Dreams command life” – intends to inspire us to overcome the new challenges of preserving the planet and keeping our unity, taking advantage of science, technology and innovation. Accelerating Green and Digital Transitions! - ‘Time to deliver: a fair, green and digital recovery’. 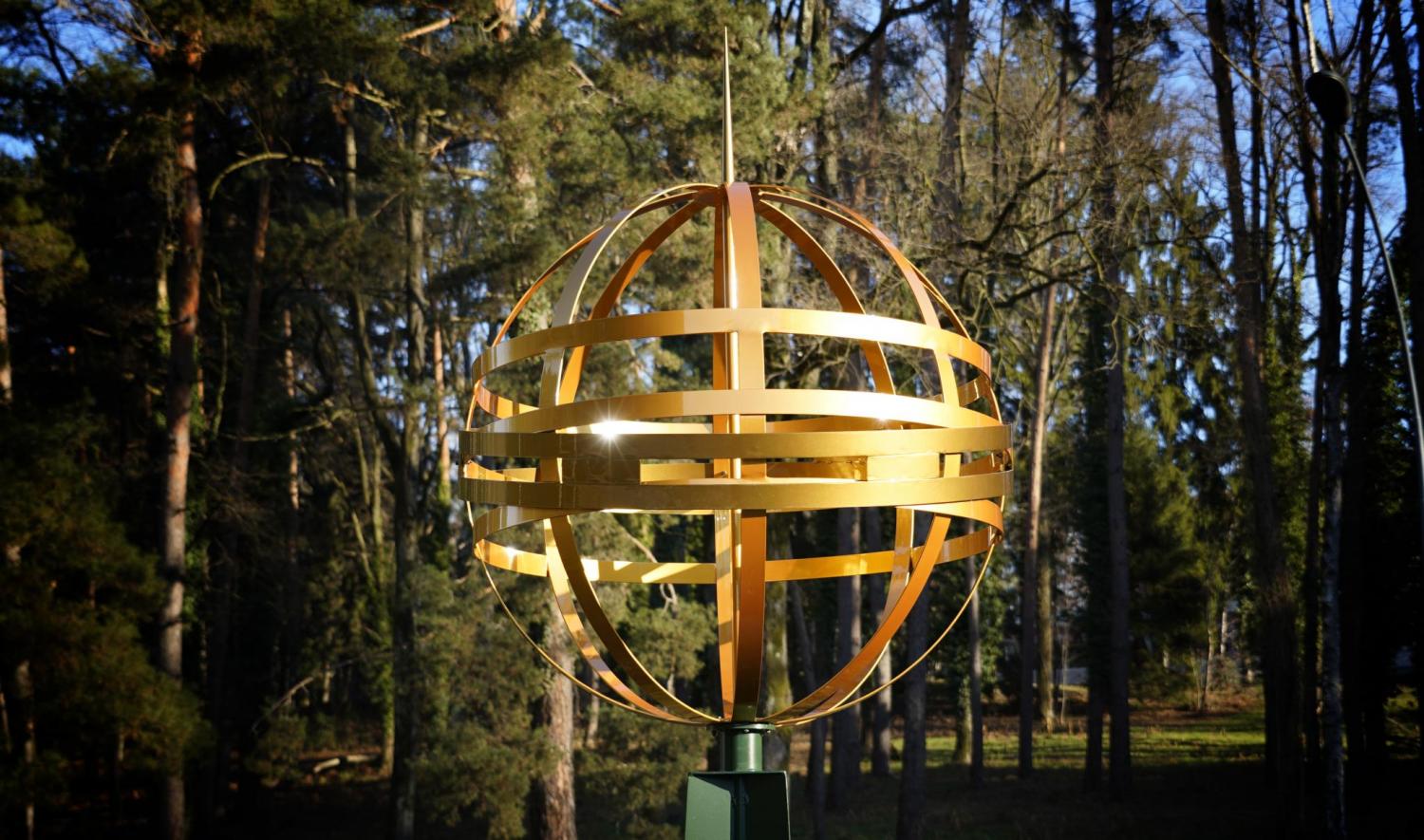 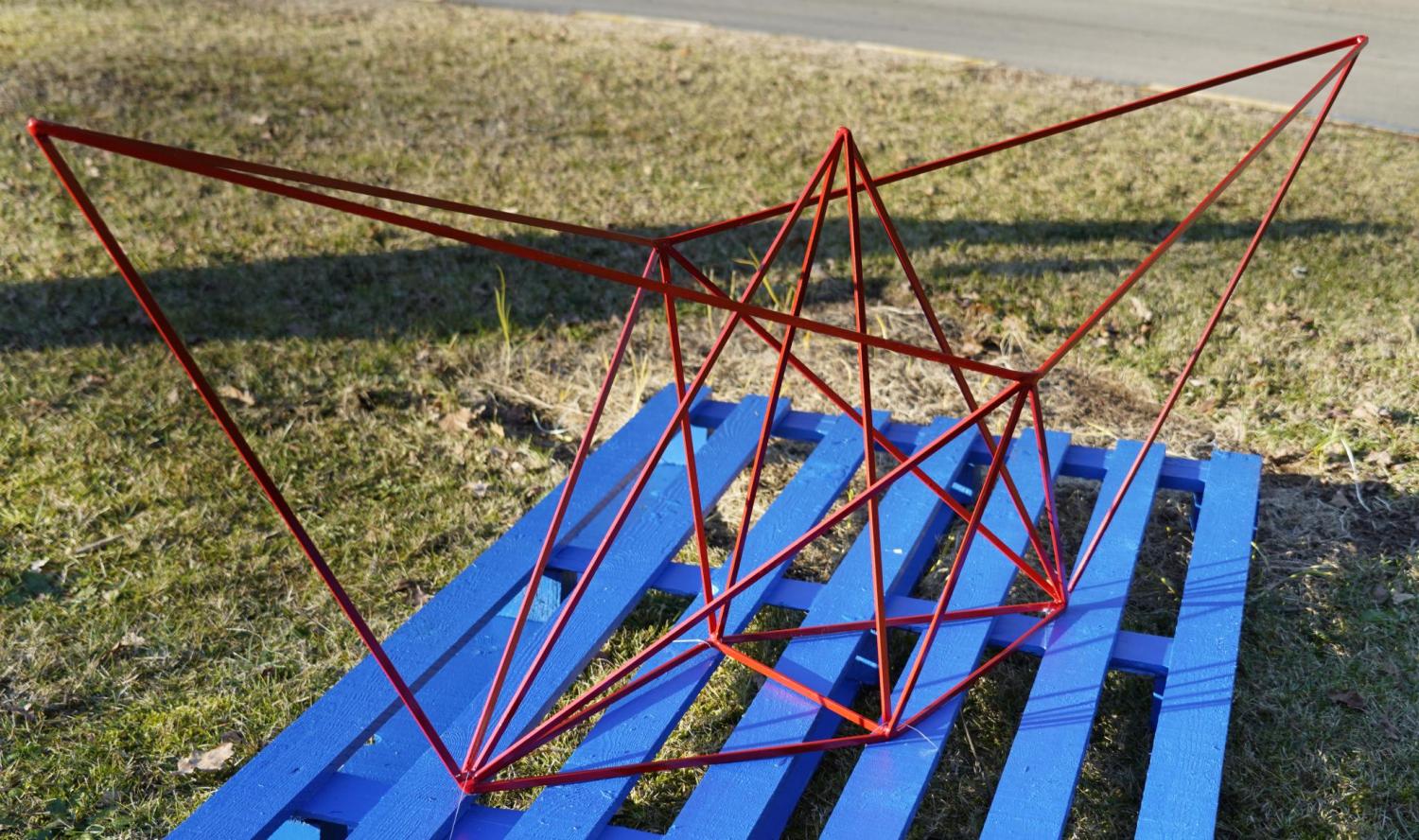 All you need to know about the armillary sphere

The armillary sphere is a sphere with rings or armillaries used to represent the Universe. In these spheres, the Earth occupies the central (geocentric) position, which corresponds to the Ptolemaic view (Ptolemy, 90-168) of the Cosmos.

For aesthetic reasons, the zodiacal band usually appears with a much greater inclination. It is also common for polar circles to be omitted.

The armillary sphere had a pivotal role in the science (Astronomy ...) of Antiquity and Middle Ages and was adopted by several peoples and civilizations, namely in the East (China), Egypt (Alexandria) and the Arab world that introduced it in Europe.

Even at the time of the Renaissance and after the Copernican view (Copernicus, 1473-1543) of the world, the armillary sphere is considered a symbol of wisdom, knowledge and a key instrument of the history of science with an essentially didactic character.

In Portugal, the armillary sphere became a Manueline symbol (Don Manuel I, King of Portugal, 1469–1521) of maritime, political and economic power associated with navigation (Portuguese Discoveries, 15th and 16th centuries).

The Nautical Astrolabe or planispheric astrolabe is a simplification of the armillary sphere that results in a polar stereographic projection of the celestial sphere onto a plane. The astrolabe is considered to be a practical and fundamental tool for navigation at the time of the Portuguese Discoveries.

The success of the Discoveries most likely lies in the technical and scientific support developed at the (Nautical) School of Sagres founded by Prince Don Henrique, created under the motto “Science and navigation” and representing a modern conception of "the systematic study of applied science".

In fact, in the 15th and 16th centuries the Portuguese navigators were at the forefront of European exploration of the overseas, describing and mapping the coasts of Africa, Canada, Asia and Brazil, in what became known as the ‘Age of Discovery’.

The largest armillary sphere, with a diameter of 2 meters, designed by the astrologer, cosmographer and scientific instrument maker, Antonio Santucci, in 1593, can be found in the Galileo museum in Florence.

Armillary spheres can be found on all continents, in various museums, in buildings and monuments as architectural ornaments and in squares often as symbols and artistic recreations of a scientific or symbolic nature.

For Portugal the armillary sphere is a perennial symbol, representing the Discoveries, and the Portuguese Republic. It still appears today as an ornamental symbol in buildings and monuments (Manueline Monuments) and in several Portuguese symbols, namely in the national flag.

What about playing a little game with us?

Armillary spheres or their representations can be found on all continents, in various museums, in buildings and monuments as architectural ornaments and in squares often as symbols and artistic recreations of a scientific or symbolic nature.

In your town or city, if you find an armillary sphere or its representation, take a photo, preferably georeferenced, and send it to us at: JRC-SEMESTRE-PT@ec.europa.eu

We will compile the resulting collection and will publish it!

Check out the documents below in English or Portuguese.